John grew up with a love of the outdoors and, living in the Detroit suburbs, a clear
understanding of human impact on the environment. An avid fisherman of Michigan
lakes since the age of three, it wasn’t until his first trip West 10 years later that he
realized Western states didn’t have the abundant water resources of his home state.
Although it wasn’t until 2015 that John took up a fly rod, he now combines his
passion for the outdoors and concerns for the environment with a commitment to
help protect the coldwater fisheries of New Mexico.

John earned his BA in Communications from Western Michigan University and has
worked in advertising, marketing and media sales for more than 30 years. Although
single, John harbors hope his condition is not terminal. He fly fishes as often as
possible and now serves as Board President of the Truchas Chapter of Trout
Unlimited. He’s also a member of the Rotary Club of Santa Fe. 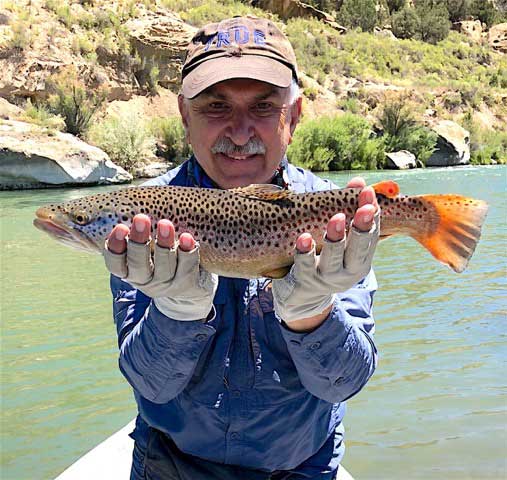